Warning: "continue" targeting switch is equivalent to "break". Did you mean to use "continue 2"? in /homepages/46/d272751198/htdocs/wp-content/plugins/essential-grid/includes/item-skin.class.php on line 1321

Warning: "continue" targeting switch is equivalent to "break". Did you mean to use "continue 2"? in /homepages/46/d272751198/htdocs/wp-content/plugins/revslider/includes/operations.class.php on line 2854

Warning: "continue" targeting switch is equivalent to "break". Did you mean to use "continue 2"? in /homepages/46/d272751198/htdocs/wp-content/plugins/revslider/includes/operations.class.php on line 2858

Even if saffron is an expensive spice known as red gold, growing it is however very simple and accessible to anyone. Its price depends on the intense labour needed to harvest it, not because it is difficult to grow.

Saffron can grow nearly anywhere in the world. The kind of soil is far more important than the climate of the region where one wants to grow it. 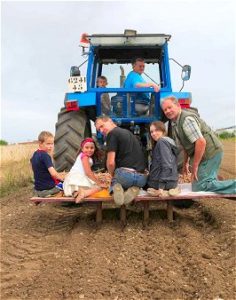 Planting: from June to mid-September

Flowering: throughout October month, from the year it is planted (for big corms)

Leaves dry out in May.

Saffron corms like a well drained soil. Heavy clay soil must be avoided.

The ideal type of ground is a neutral clay-calcareous or silty soil (PH 6 to 8).

For small areas like a vegetable garden or simple borders, one can easily improve the soil by adding sand, peat or compost.

The saffron bed must be in a sunny place, notably in autumn during the flowering stage.

In order to prepare the ground, you can either turn the soil over or plough deeply (about 20 cm) and add some compost or manure. In the case of nitrogenous fertilizer, it is better to spread on the surface after planting.

Keep the ground weed free until planting (from June to September) and make loosen the soil before planting the corms.
Setting out the saffron bed

Saffron corms can either be planted directly into the ground (borders, gardens, fields etc…) or in pots or window boxes (inside or out).

Watering is not necessary. In case of severe drought in September, watering them once will usually be enough.

Corms multiply from one year to the next, from one corm one can get 5 corms after 3 years.

Wood mice and voles are particularly fond of corms in winter as well as in summer. Destroying their tunnels regularly allows one to limit their number.

Rabbits, which are particularly keen on leaves and flowers can only be stopped with a secure fence.

Fusarium – attacks the corm and leaves an orange-coloured band on the limit of the healthy parts.

All these diseases resist most fungicides, however, they mainly appear from the third or fourth years. Consequently, one should dig up corms and replant them in another field.

It is better not to use the same field again for 10 years.

Flowers generally appear in October (slightly later in the first year) and last for a month.

Two methods of harvesting are possible.

If one only has a small number of flowers, one can leave the flower and just extract the 3 red filaments from the pistil with some tweezers. This operation is called trimming

In the case of large quantities of flowers, one should pick the flowers as soon as they have bloomed and then extract the red pistils comfortably sitting around a table.

To trim, one can use one’s nails or small tools like scissors or tweezers. Trimming the flowers must be done soon after they are harvested to make the task easier.

The yellow stamens and purple petals have no use.

Filaments have to be dried out to be preserved for use.

Drying can be done by putting the pistils on a sieve in a well ventilated place between 40 to 60 degrees Celsius, for 15 minutes. (well ventilated food dryer, in an oven with the door slightly open, under the sun outside).

When dried, filaments are very light and breakable.

Fresh saffron, even dried is tasteless. It is recommended that it is placed in an airtight tin away from the light for at least a month before consumption. Saffron keeps its taste for two years.

About 150 flowers are needed to make one gram of dried saffron.

The first year of plantation around 60% of corms will produce one flower each.

The next two years, corms will give about 2 flowers each. 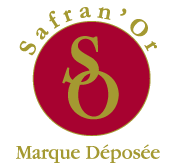